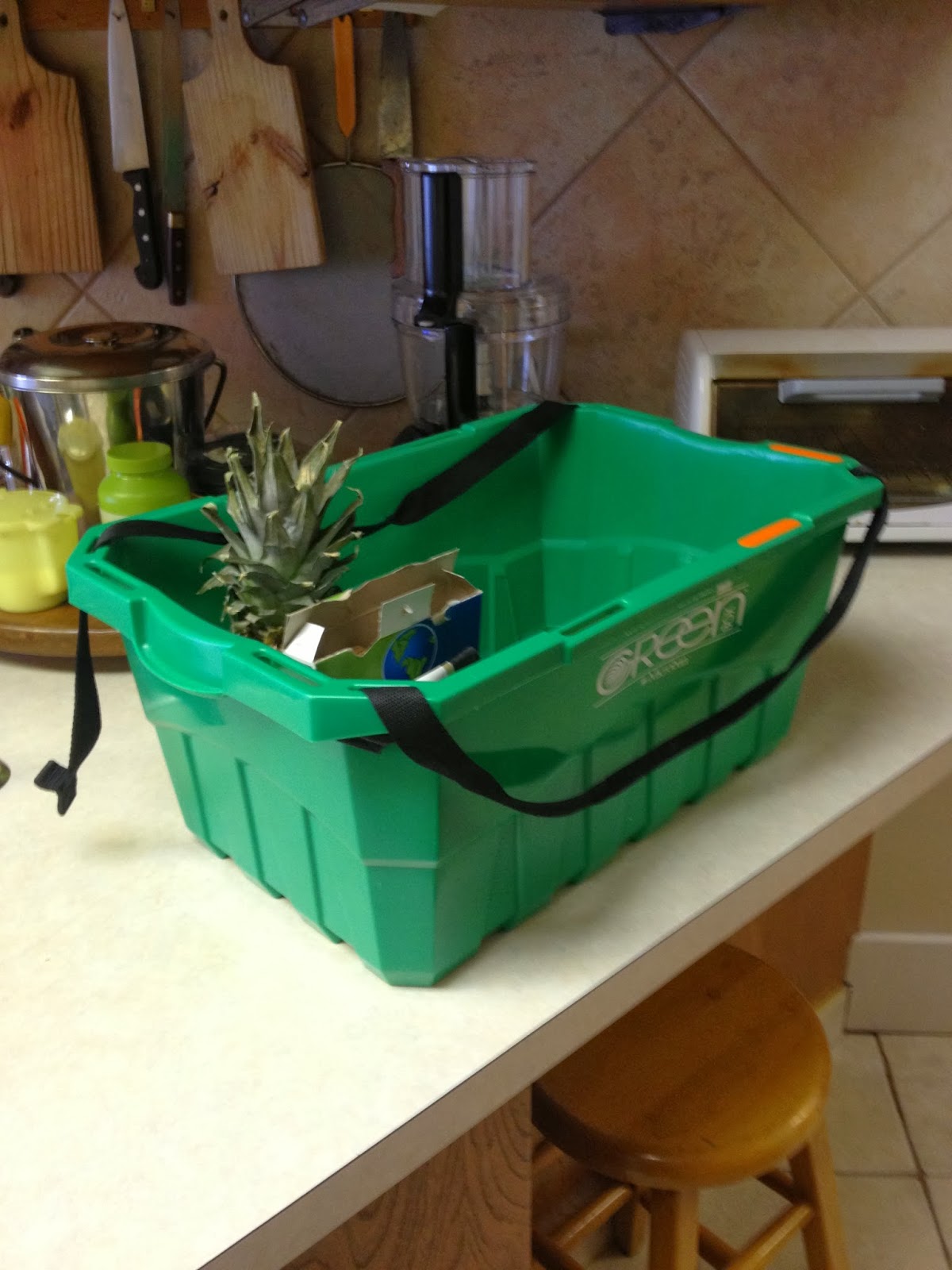 This is a great idea.  A green reusable BOX you can buy for $5, to transport groceries in, at Superstore, Canada.
Posted by Nonavee Dale at 4:37 AM No comments:

We discovered this tale in "The Puffin book of Modern Fairy Tales", where the first three chapters were included.  I read this to my two children, 6 and 8, and we all loved it.

The wonderful animated movie, The Iron Giant by Brad Bird, 1999 (he went on to direct the Incredibles), was based on this story.

Here are the first three chapters - which I totally agree with the editors of the collection I mentioned above - is a great place to stop.  Please read it to children at bedtime, in a peaceful setting. 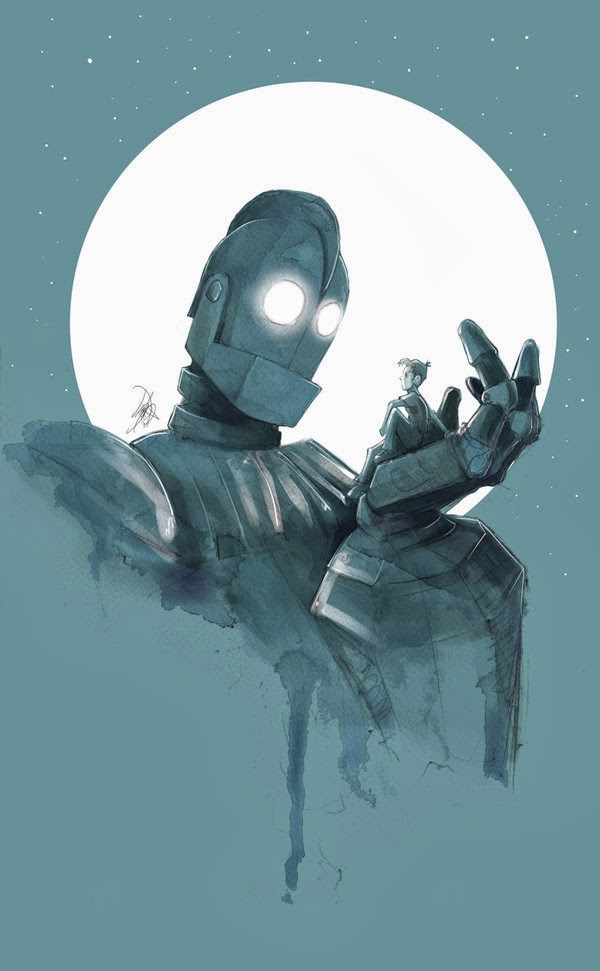 1
The Coming of the Iron Man

2
The Return of the Iron Man

3
What’s to be Done With the Iron Man?

(This is the first 3 chapters only.  To read the last two, you can find the original book yourself - or try this link which had the entire book at the time I wrote this post: http://tea42.narod.ru/IronMan.doc )

Posted by Nonavee Dale at 4:00 AM No comments:

Email ThisBlogThis!Share to TwitterShare to FacebookShare to Pinterest
Labels: books, books for children and other real people, The Iron Man by Ted Hughes 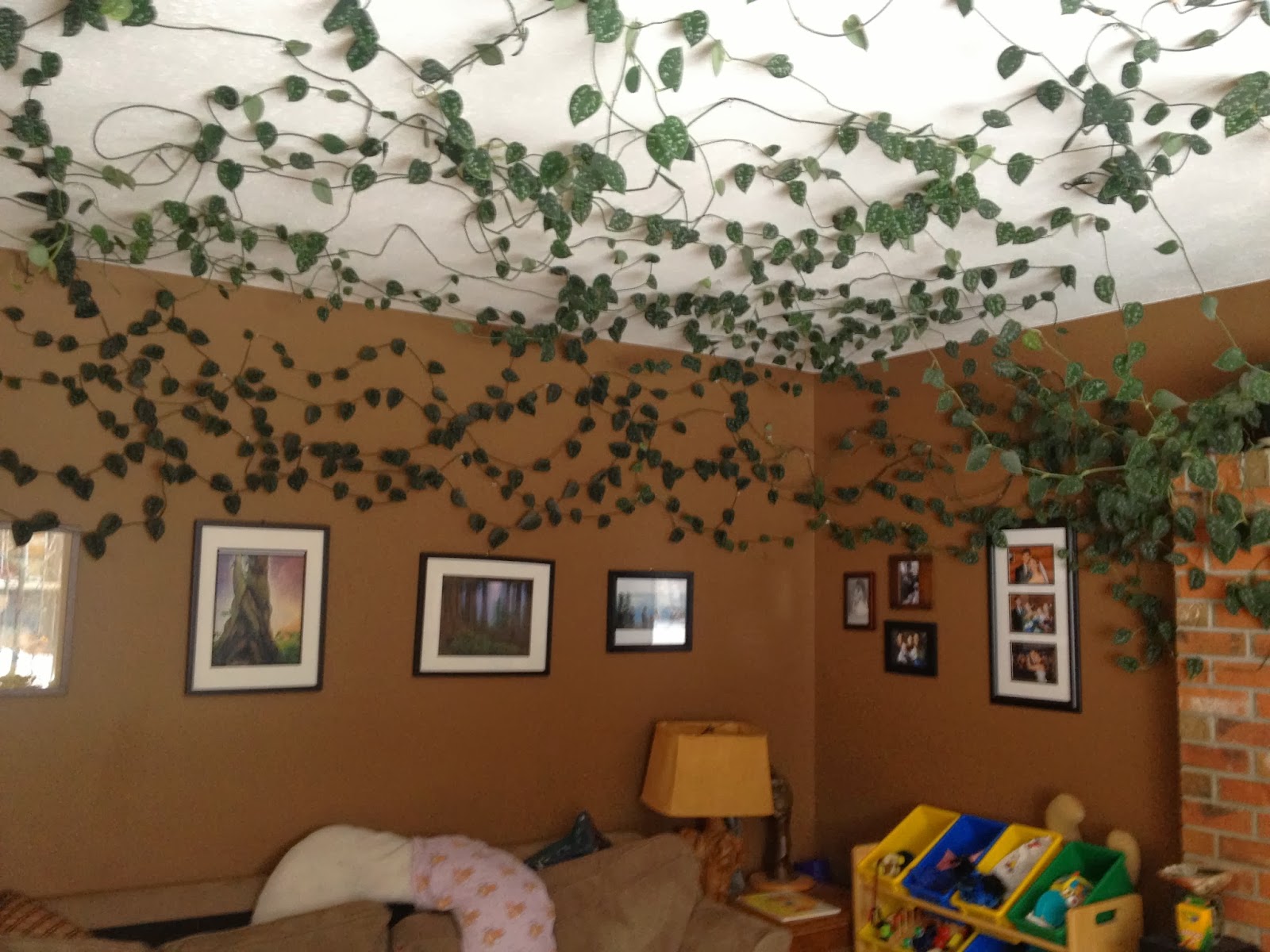 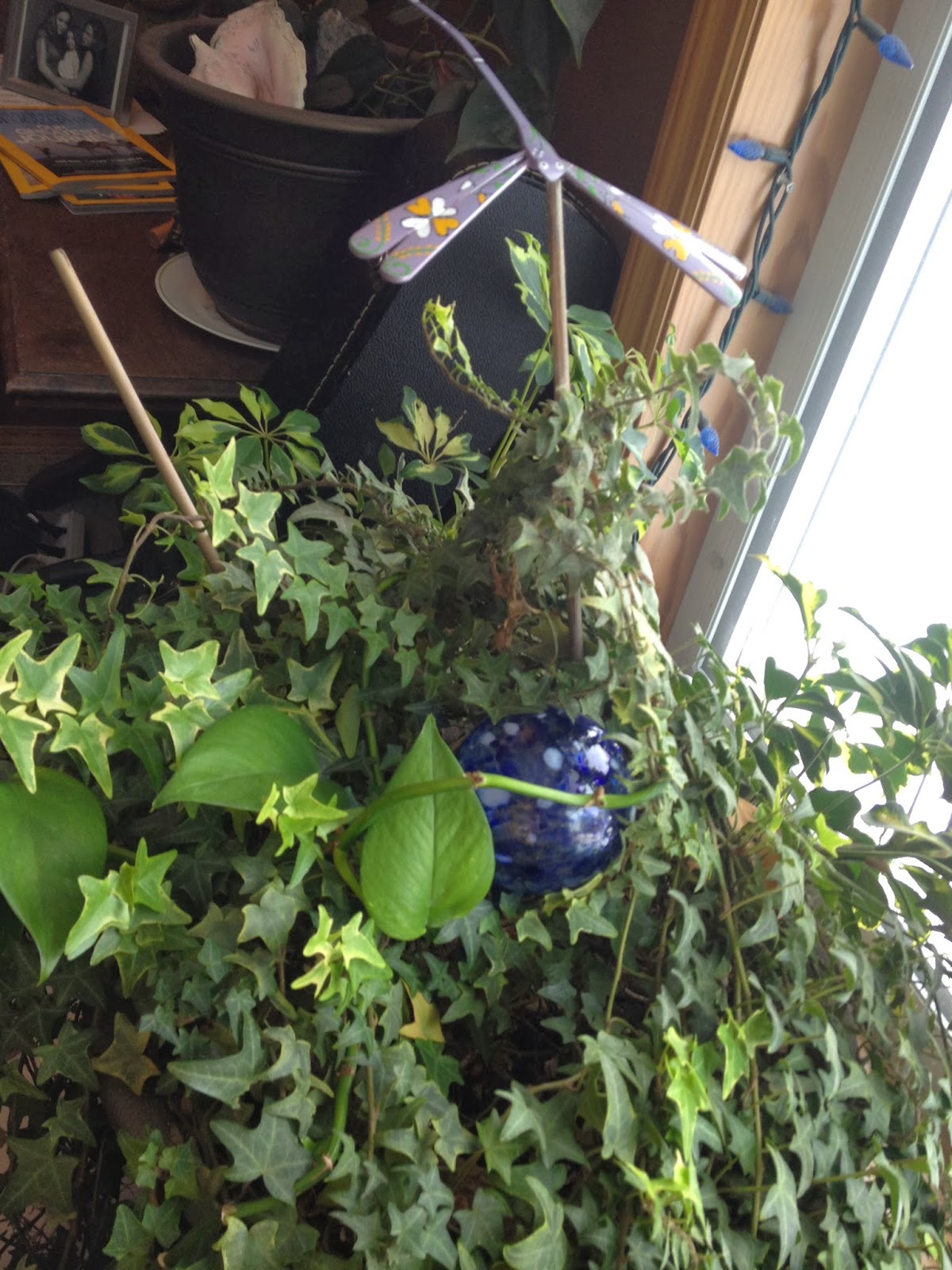 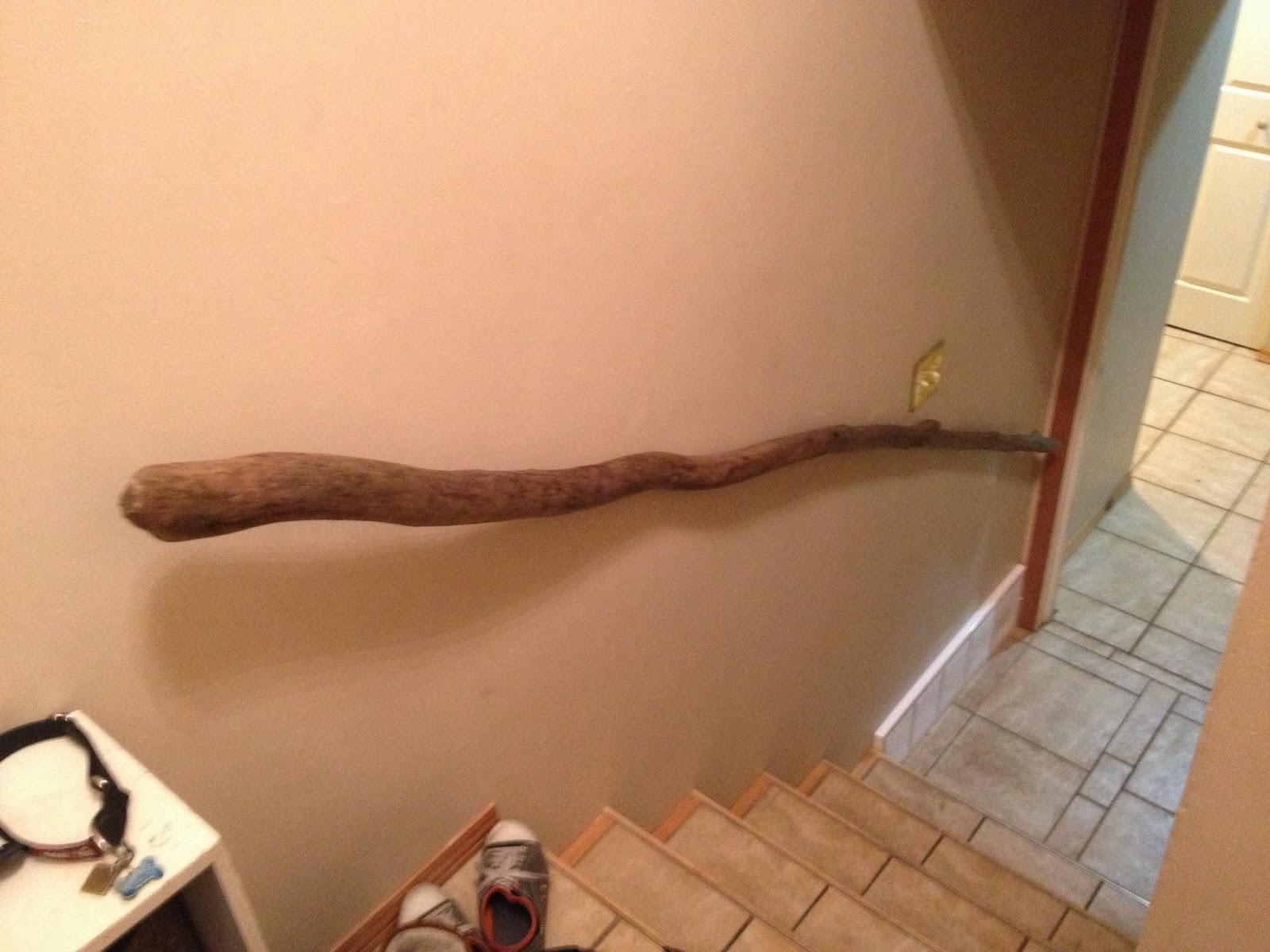 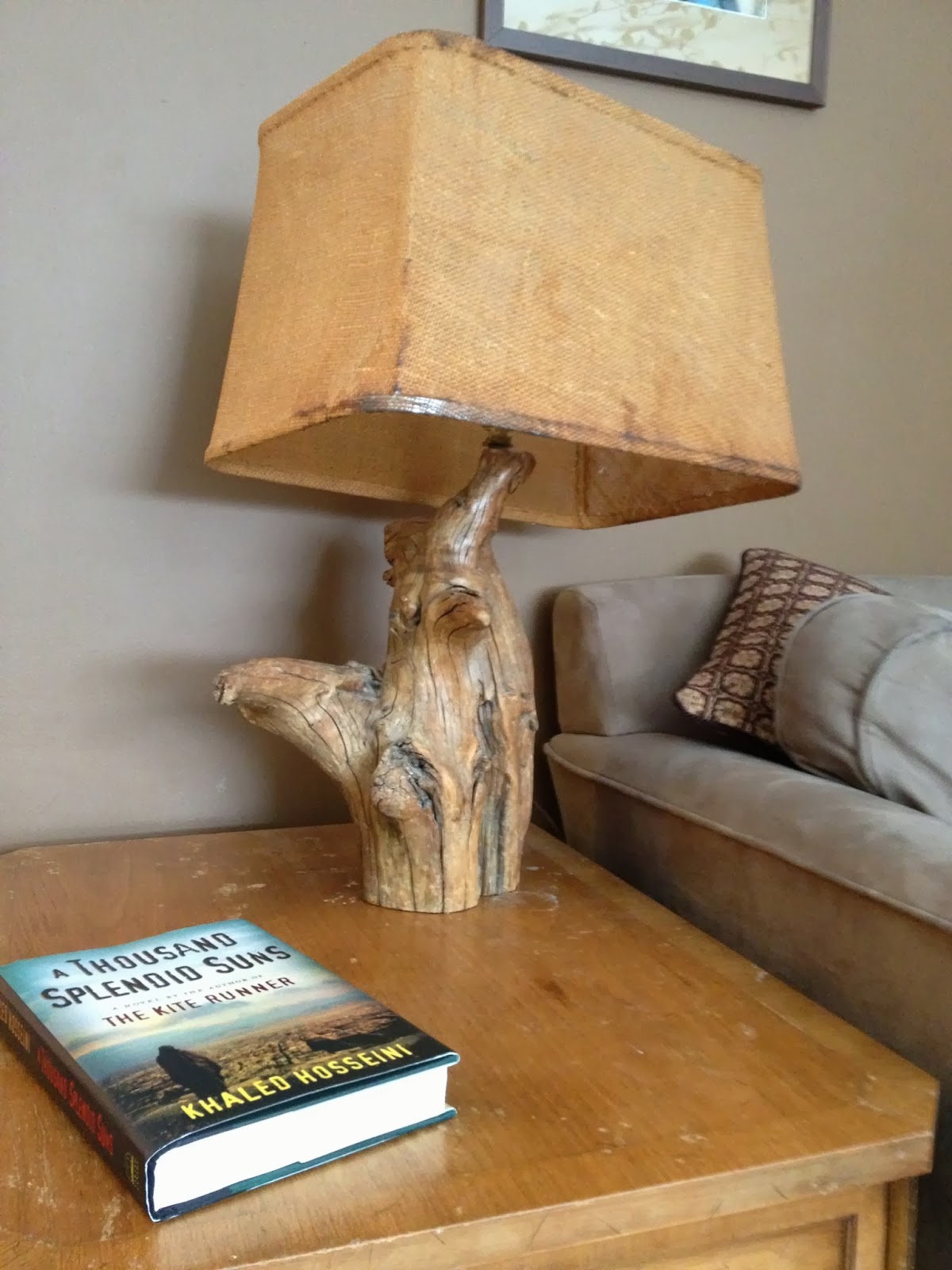 I just loved the spiritual wonderful decoration in my ol best friend Lena's house. As the winters are cold, and you are often in your home - and it can be stimulus depriving - it totally makes sense that she has pinned every last branch of this LIVING vine onto her ceiling.  Beautiful.

Also cool use of debarked real tree branches from the forest which surrounds them. I want to use branches as well in my house! Like for the drapes?

Why not?
Posted by Nonavee Dale at 3:36 AM No comments: 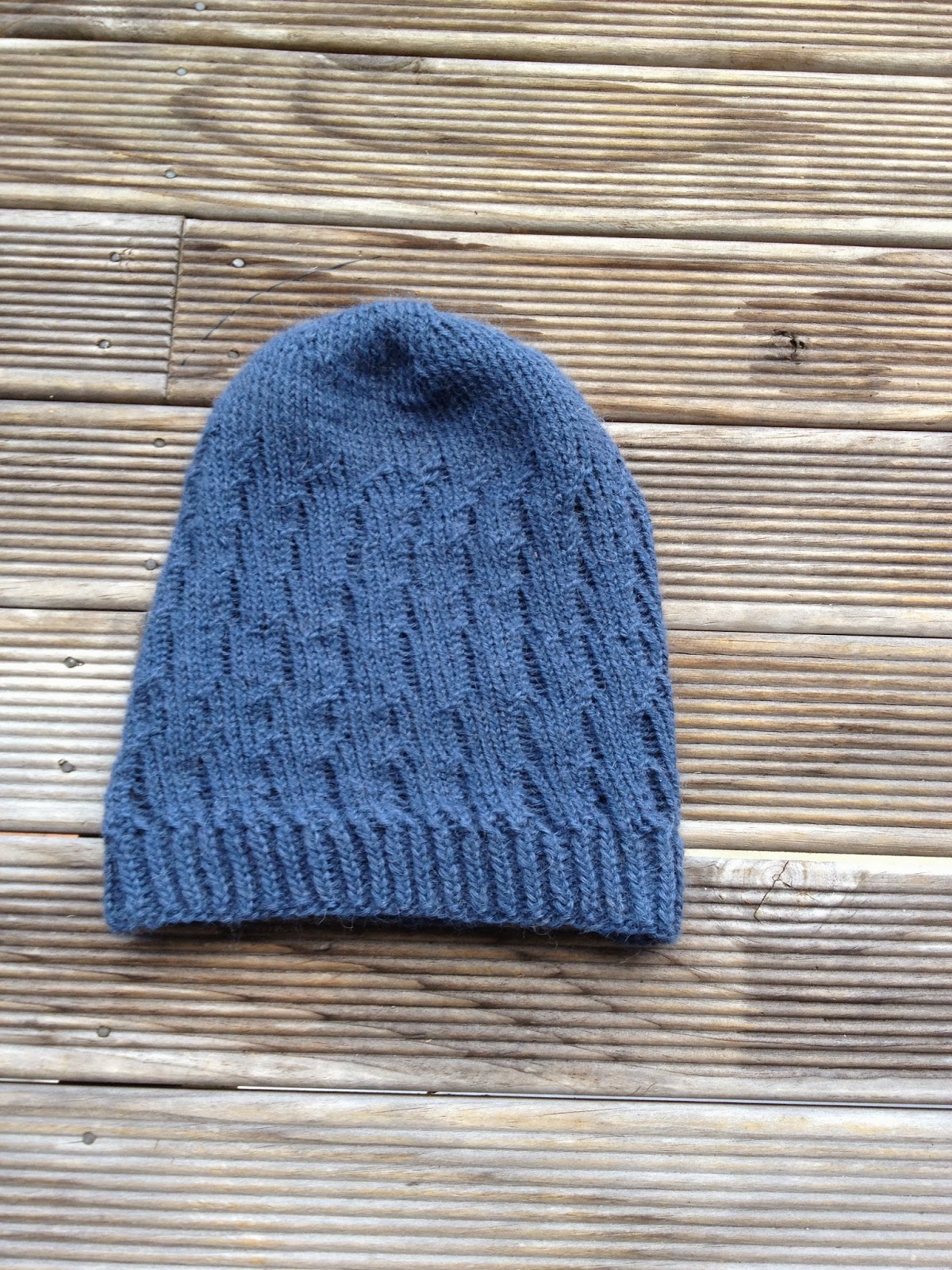 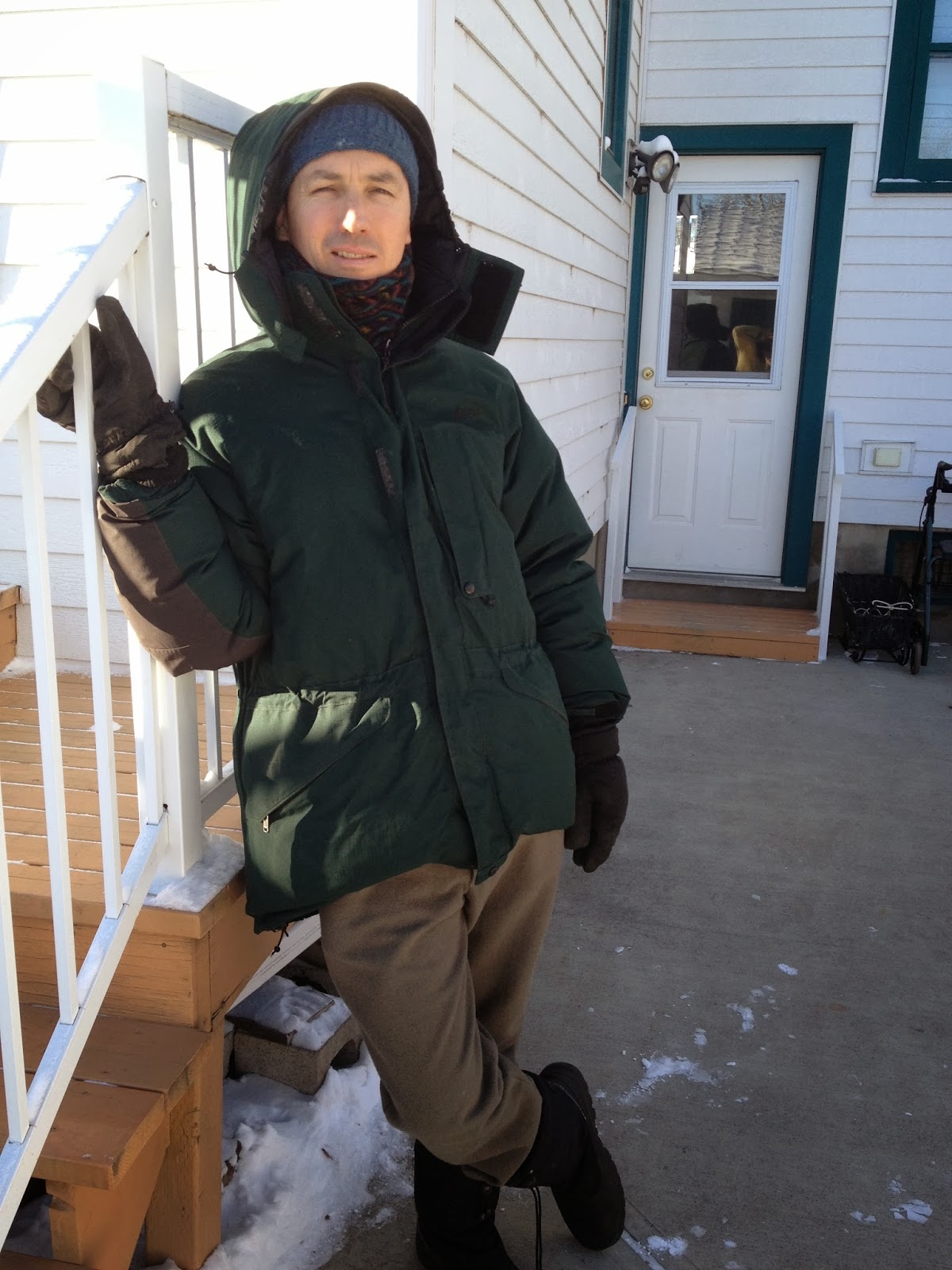 I didn't post a photo of this toque (said toook rhymes with fluke) as I finished it shortly before we left to visit Canada.

It was a cabling-fail - but I just went with the pattern it made. When I knitted two stitches out of order, instead of cabling - the stretch created a sort of run in the knitting. After about an inch I just moved the run, and so went on.

You can see what the stretched webbing pattern looks like the most in the leafy photo below. 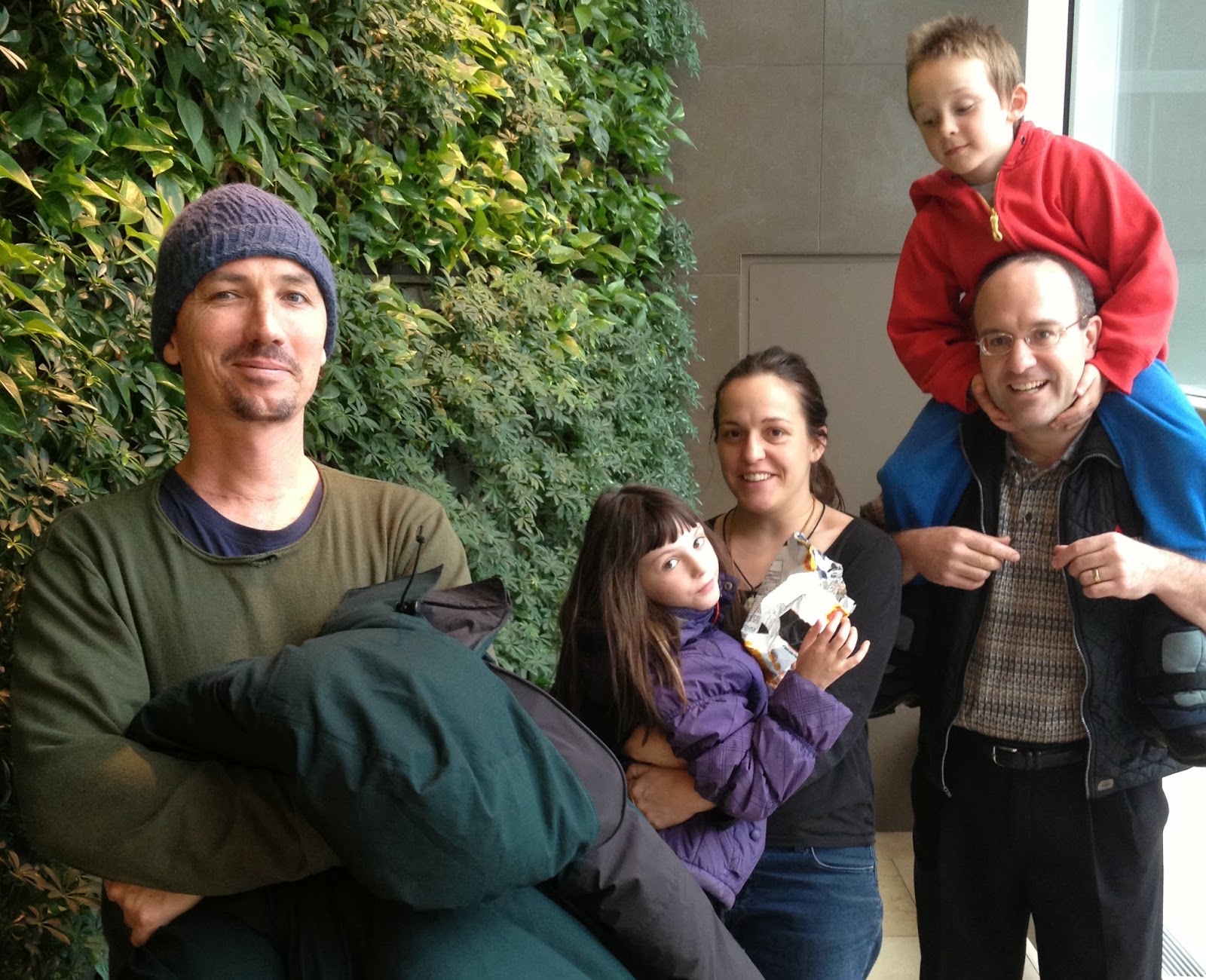 Posted by Nonavee Dale at 3:30 AM No comments: 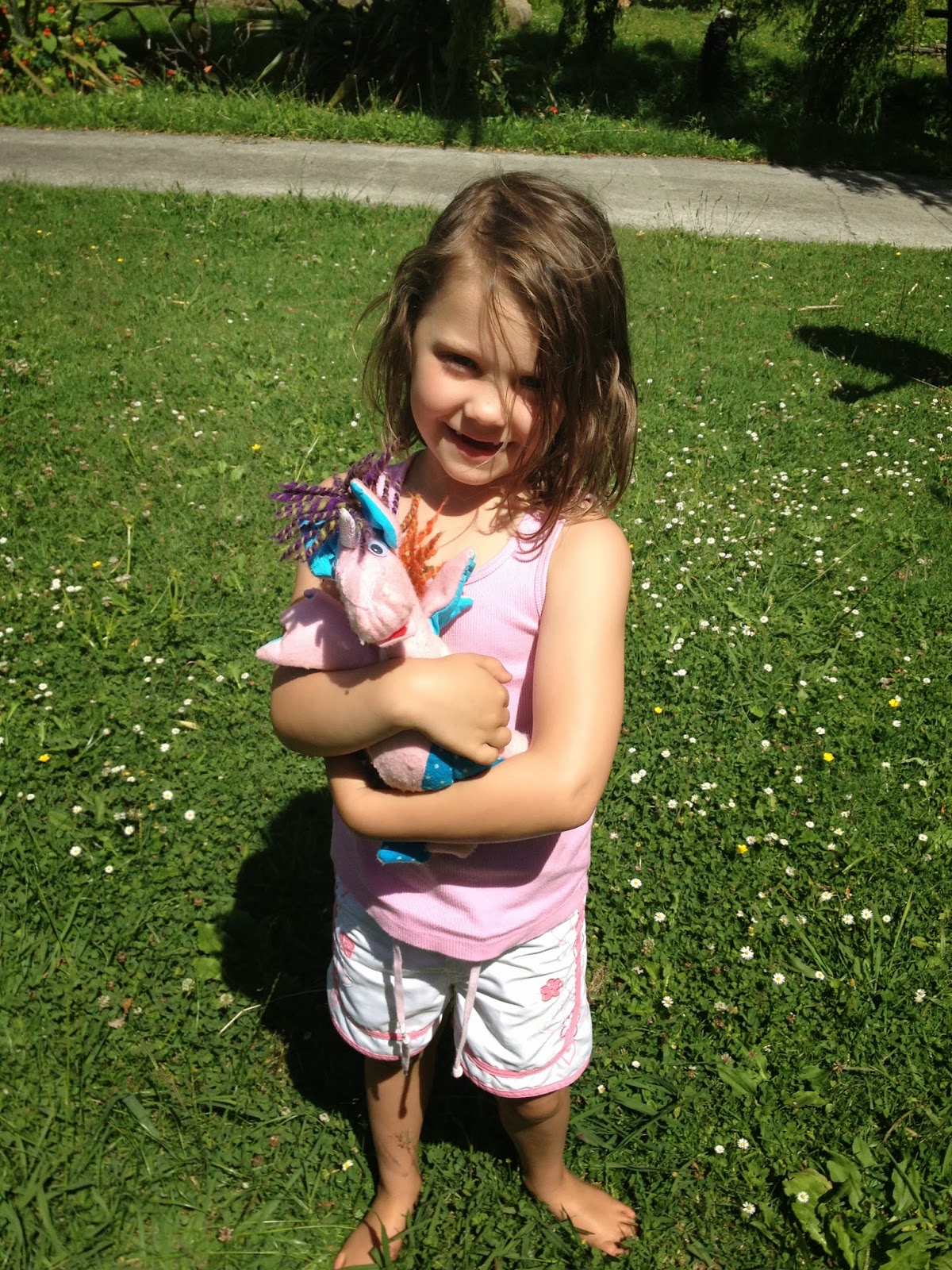 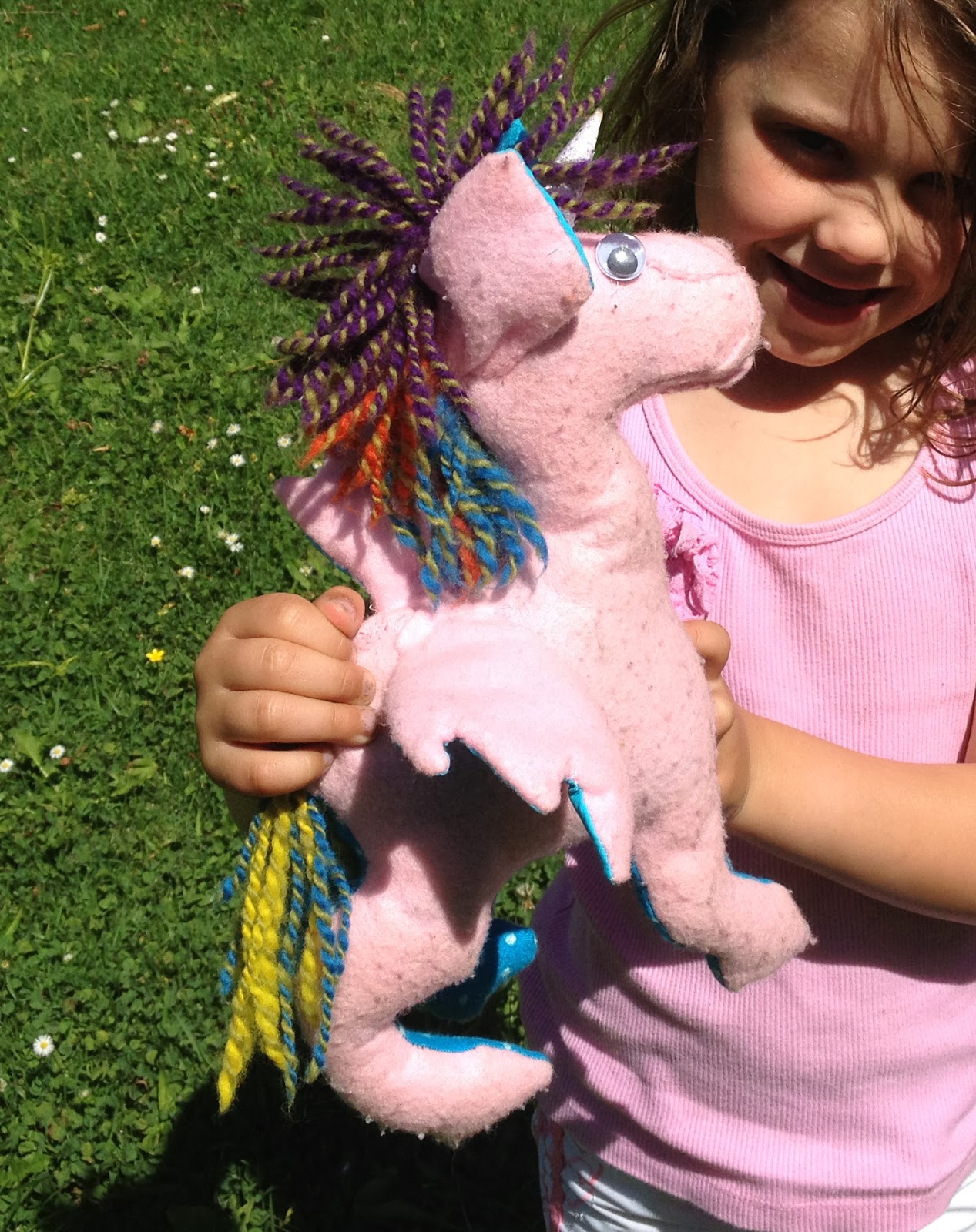 Unipegasus - inspired by a girl who really wanted me to make her a unicorn.

I used a pattern from a craft book - which I looked at and scaled up by eye as I drew it on a larger piece of paper.  Then of course, I had to make a few adjustments when I was sewing it together on the sewing machine.  I added the hair in advance - laying it along the seams before sewing up those seams, as I knew that would turn out well.  I used hand dyed and spun wool that I had bought at a craft market.

I stuffed the unicorn with soft unspun soft real wool that I had around to use for felting.  Then I added a mouth and red felt tongue.

The horn was made by sewing a case around a shell shaped like a unicorn horn - then sewing that to the forehead.  I used fancy metallic fabric for that ( mine was stretchy, but then sometimes a bit sags above the horn - non-stretchy would actually be better.)

I had sewed the top of the nose on the wrong way up (part 1), but after tailoring to fix it, and adding the mouth and tongue to suit the 'corn, the end product was a bit goofy and cute - but so is the recipient. So all good.

This is the pattern I used - from a New Zealand women's weekly pattern from 1971 (but republished recently in a craft book), contributed by Helen Crompton, Waiheke Island, New Zealand (Waiheke is close to Auckland. a ferry ride away). 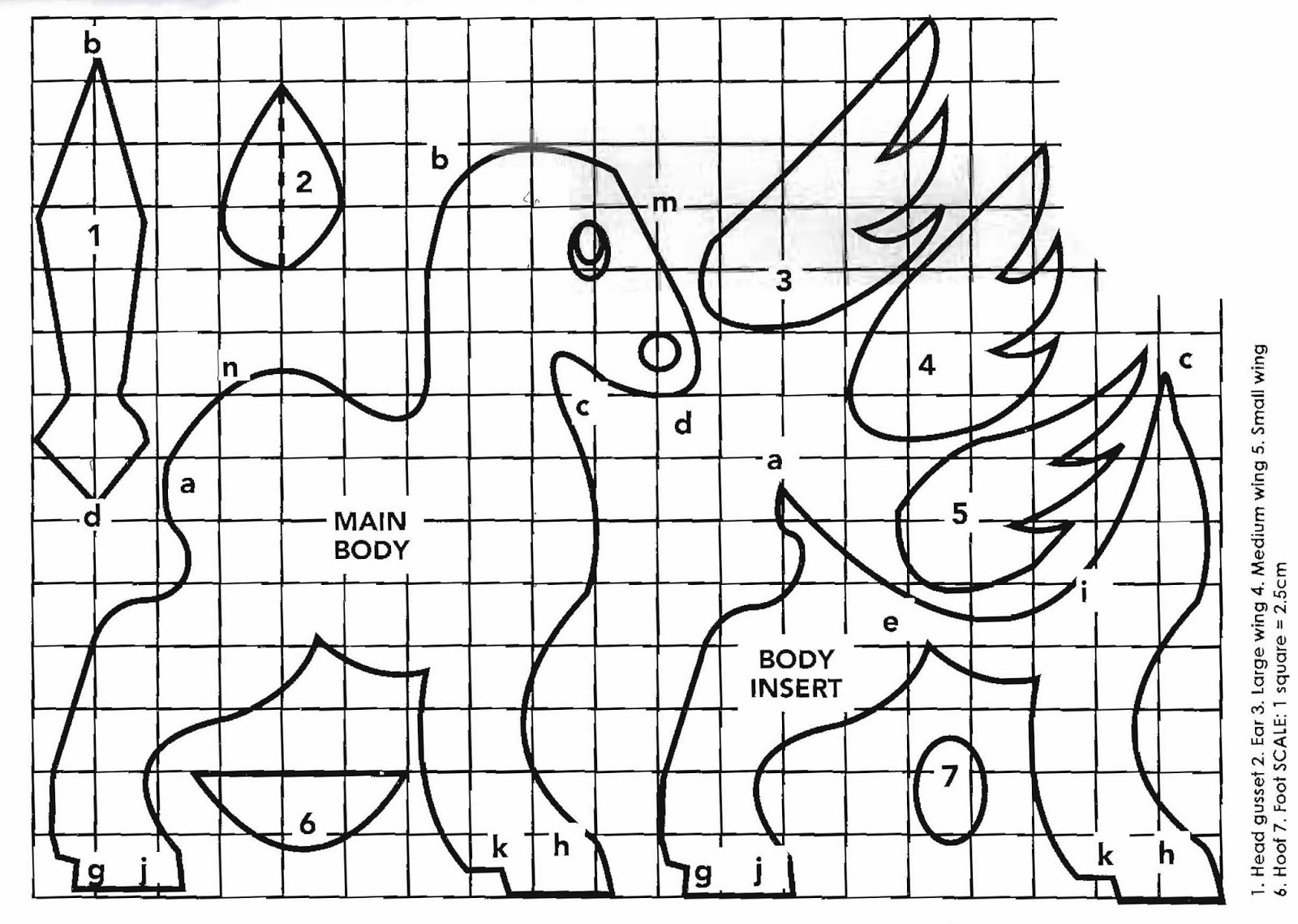 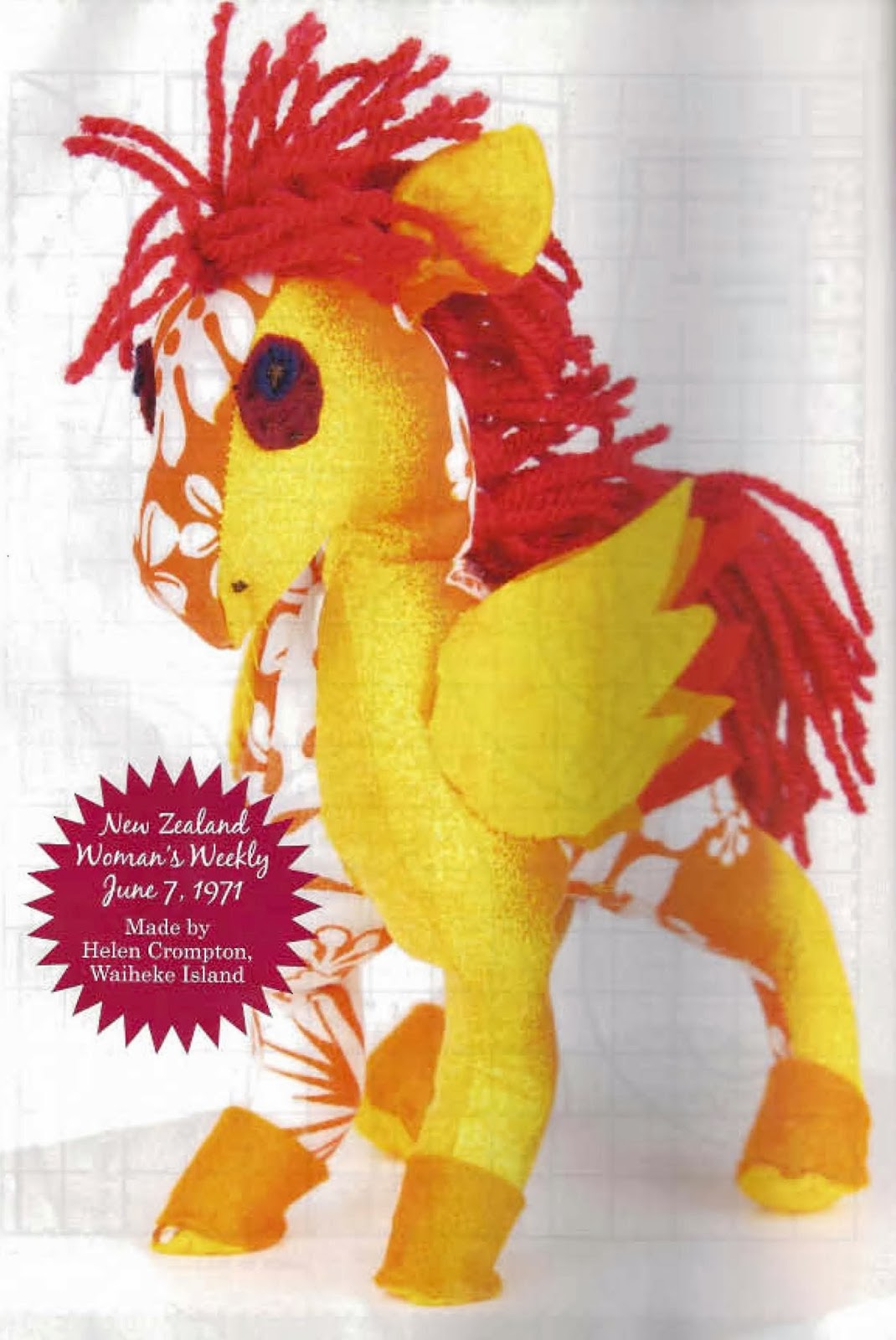 Posted by Nonavee Dale at 6:39 PM No comments:

Email ThisBlogThis!Share to TwitterShare to FacebookShare to Pinterest
Labels: making things myself (and teaching the kids how to), sewing, sewing unicorns for kids 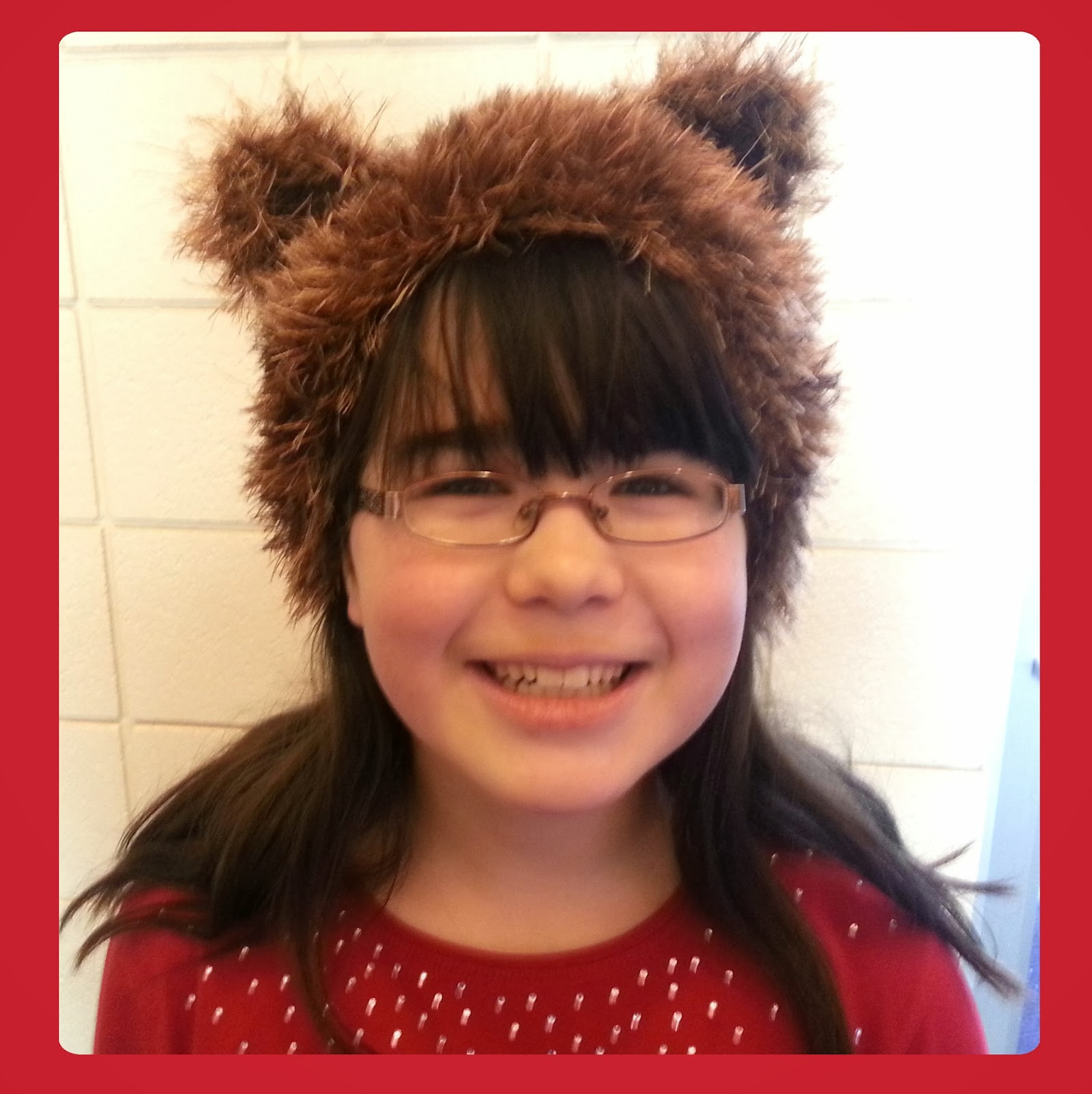 Over the holidays in Canada I was busy making all sorts of things for my nieces and nephews.  Not the greatest photo, but this was a fuzzy "fox" hat for my niece, Elizabeth.  The insides of the ears are also knitted in brown yarn.

There is a kind of wool which is like fake fur. When you knit it, it's like a plush toy after - all stretchy and soft. It's called "eyelash yarn" as the string has little tassels of yarn all along it. I also used some plain brown yarn beside the fur string as I knitted, which you can't see at all - but made the final product warmer and stronger.

The ears look more like bear ears, but still - I think it really suits her style!
Posted by Nonavee Dale at 6:25 PM No comments:

Email ThisBlogThis!Share to TwitterShare to FacebookShare to Pinterest
Labels: knitting, making things myself (and teaching the kids how to)
Newer Posts Older Posts Home
Subscribe to: Posts (Atom)