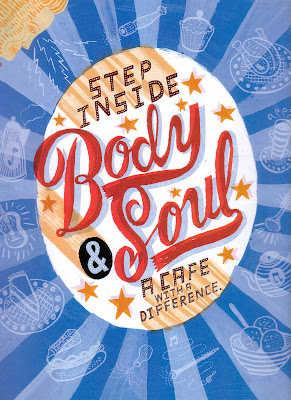 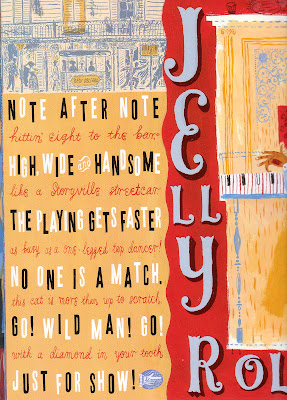 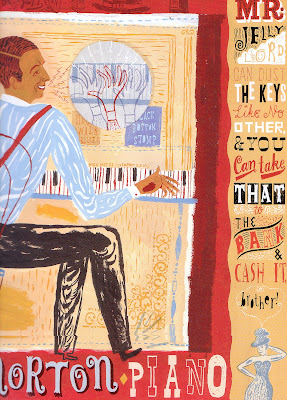 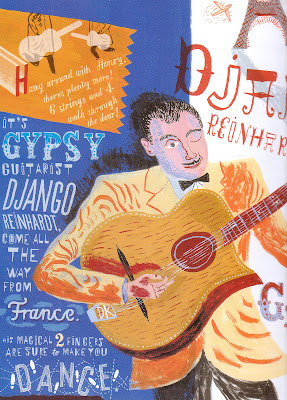 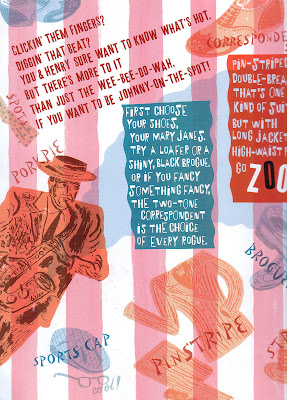 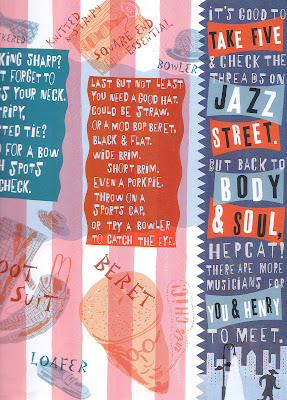 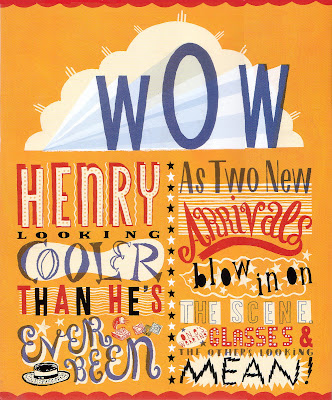 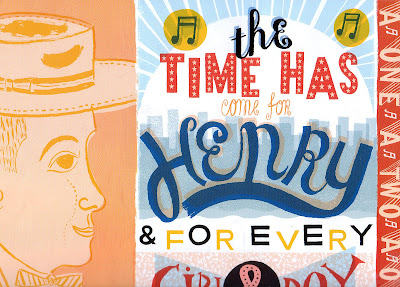 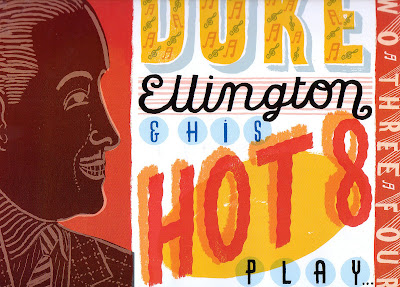 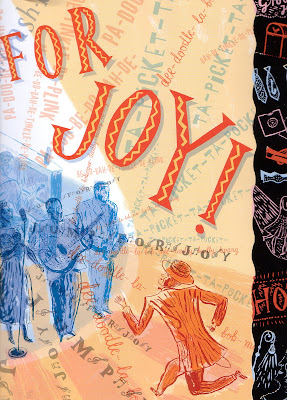 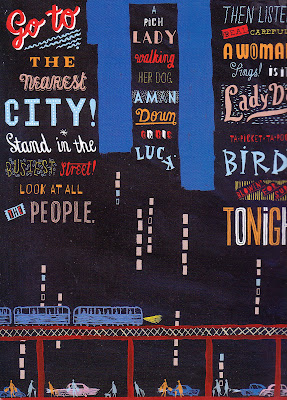 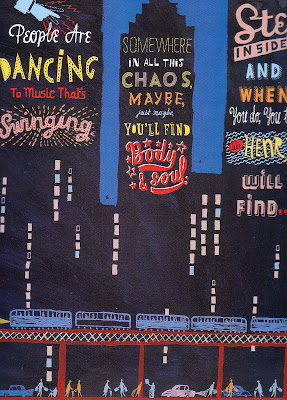 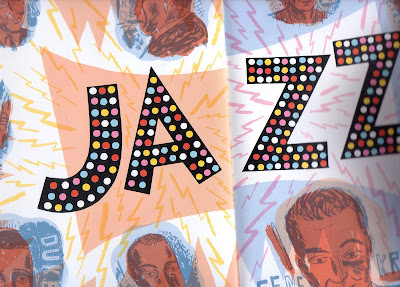 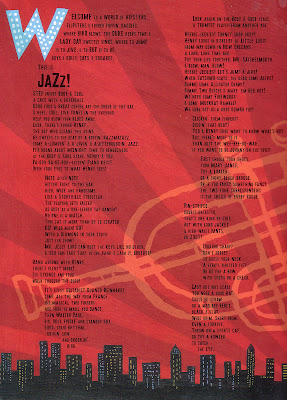 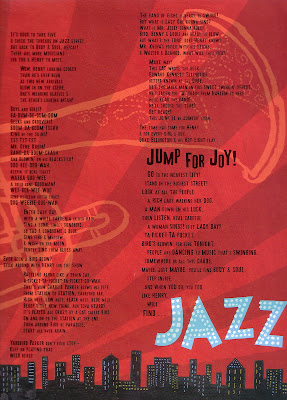 "Jonny Hannah was born & bred in Dunfermline, in the kingdom of Fife. He studied illustration at Liverpool Art School, where he was taught by the legendary Peter Bailey, & then The Royal College of Art. Since he graduated in 1998, he has constantly worked as an illustrator in most fields."
(from http://www.imagesofdelight.com/client.asp?id=87)
Posted by Nonavee Dale at 5:04 PM No comments:

Email ThisBlogThis!Share to TwitterShare to FacebookShare to Pinterest
Labels: artists

I am awesome doesn't work

One thing I notice, besides the "don't excite your emotions" too much thing is that it's only when you humble yourself that you really are able to do good work. The moment you say to yourself, "I am so awesome", it all goes out the window.

If you are blind with ego and imagine yourself to be powerful, then you are not able to align your true weak human abilities to the powers of nature. Once you connect with the task as yourself, a faltering human, I think, then you are able to listen for some of those ways nature uses, and in using them as well, find strength. 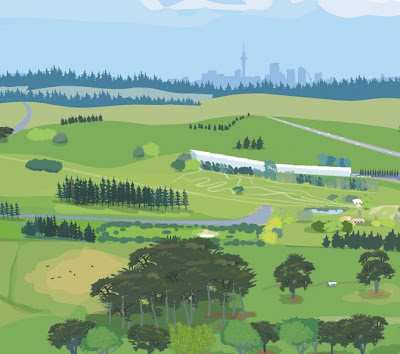 detail of landscape in larger artist impression I am working on
Posted by Nonavee Dale at 4:23 PM No comments:

Still dying to garden! Feel the instinct strongly. When I thought our house had an offer I ran around planting strawberries into pots, later to transfer to my new garden. It seems land is pretty essential for a garden. Still waiting...

By the way, the tomatoes from that last "gardening log" post didn't do too well. I still have so much to learn! I have Xanthe White's organic gardening book ready though.
Posted by Nonavee Dale at 7:04 AM No comments:

Really quick way to clear out compost from your worm farm

A few weeks ago I had to carry out the dreaded activity of clearing out the worm farm.

Having a worm farm is pretty easy most of the time, you just throw in food scraps, and once in awhile I add torn up pizza boxes or newspaper and toss everything in that layer round and round wearing rubber gloves. But when it gets totally full and you need to remove compost-- or more accurately, remove worms from the compost --that's a different story.

But I have found a lazier, easier method that I use, and although I don't always feel like starting, I always feel really healthy and envigorated while I am doing it-- clearing out and getting all that nutrient rich compost actually feels really great. You sort of get into this earthy, green thumb vibe, and then you get into distributing all the nutrient rich compost to your garden plants. It gives you energy.

My lazy way is to pour the layers that are ready into a large container (like an empty rubbish bin, or a plastic tub) and pour in alot of water. I used to get worms out quickly by pouring the water through a colander (no, they don't drown during this process), but now I found it's really quick just to drag something through the water to dredge out most of the worms (and anything else that you don't want to pour on your plants. Your garden won't mind the compost diluted with water, it's just very nutrient-rich water that the plants can access instantly, and IT'S REALLY FAST. As disgusting as it is I have found a simple potato masher dragged through the brew will drag out a large number of worms, than you just sluice them back into your worm farm layer that is staying. Worms tend to hold onto an object dragged through the water. (Try dragging a stick, you'll see.) A potato masher has alot of places for them to hold onto.

That's my trick! Here are some photos of us doing it, with Troy volunteering as worm farming apprentice. 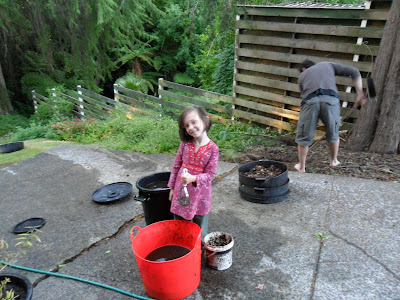 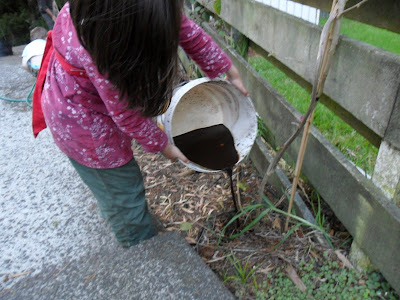 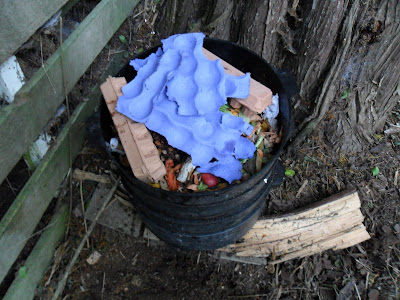 One cleared out happy worm farm (and garden).
Posted by Nonavee Dale at 6:23 AM 1 comment:

Crazy in the stores

Man it's crazy in the stores. I went with the kids Thursday shopping (Thursday stores are always open later) and people were crazy in the mall. One lady came by with her cart in the Warehouse and nearly knocked Lucan over, so aggressive was she. I was both proud that I was staying out of (that level of) the frenzy, but also seriously disturbed that society has gotten so out of control. Creating piles of crap is the last thing we should be doing, but there were mountains of things, toys that were going to last five minutes, pink frilly packages containing bottles of toiletry items, every kind of item that could be dreamed up. But look into people's faces, and they looked stressed, it was difficult keeping up the level of expectation that we have in our society. They did not look happy. I compared it mentally to the innocent activities of the past, such as riding on horse-drawn sleighs with bells on them and laughing.

I am still really enjoying the gift-making theme. One thing our family seriously loves doing is making things. Christmas my entire life has always involved late nights, using gifts as an excuse to create something, or paint something. Making things involves alot of energy and motivation and bravery to use your skills, especially with artistic endeavours-- when I was making something for someone I loved, this helped me to do it at all. Also, I had a supportive reception. Anyways, also loving buying proper materials and tools, it's not all spartan. I used Christmas as an excuse to buy well made scissors. We've been using a piece of crap for years.
Posted by Nonavee Dale at 6:15 AM No comments:

Email ThisBlogThis!Share to TwitterShare to FacebookShare to Pinterest
Labels: craft, handmade Christmas, making things myself (and teaching the kids how to)

Men will die, to live forever.

Posted by Nonavee Dale at 2:44 PM No comments:

Making gifts for Christmas this year

We are really enjoying not buying gifts this Christmas-- it started by our family really needing to save financially as we are trying to sell and buy a house. We decided only to make each other gifts, only buying materials. It's so cool, that even though money flowed upwards a bit, we are still really into it! Shane and I are going to make Lucan a marble run out of parts from the hardware store, and I am making Troy a costume for her pretend games. More on that when they're done.

I find myself looking up words to carols to sing the kids at bedtime, finding Christmas spirit that way. It's really really cool.
Posted by Nonavee Dale at 2:43 AM No comments:

Email ThisBlogThis!Share to TwitterShare to FacebookShare to Pinterest
Labels: craft, for children, handmade Christmas, making things myself (and teaching the kids how to)

Tips on drawing swirlies in Illustrator

There is a great tutorial on how draw basic "swirls" or spiral shapes (the golden ratio pattern) by Bittbox called How to make custom swooshes, swirls and curls, where I first learned, which basically takes a tapering brush stroke to a spiral made with the Spiral Tool. You then Expand Appearance (no longer a line in the centre, but outlining the edges). Then you can cut out and add to your pattern using the Pathfinder tool. I am going to gather together here a few basic techniques in Illustrator that I use in illustration, if you don't know about them already. You can use the Spiral tool, as in the tutorial above, or, I often enjoy create spirals to my liking by drawing them manually with the pen tool, roughly at first then adjusting the nodes with the white selection arrow.

ADDING OR CUTTING USING A CIRCLE: After having created a few tapering swirlies, you can cut using simple circle shape and the Pathfinder tool. Or you can add the ball, which does the same but to your negative space. Know what I mean? 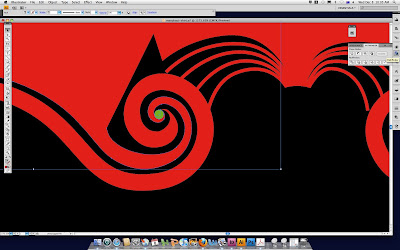 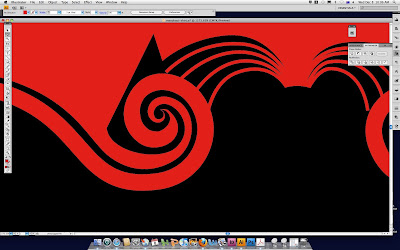 I can also just create a regular stroked line (not stroked with a tapered brush shape), expand that [Object then Expand or Expand Appearance], and just manually adjust the width of the shape's edges. Here I used the spiral tool. 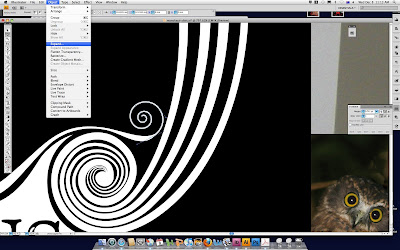 Below, I created a shape to fill the space between the two swirls. Then I selected the shape, chose the eraser tool, set the size of the eraser brush to a small size and stroked the shape evenly with the eraser. (How cool is it that you can erase vector shapes? Another cool way to draw.) 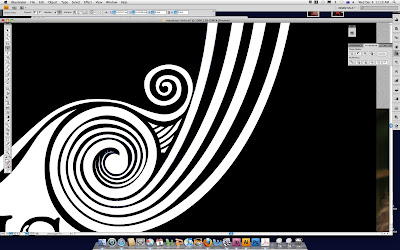 My biggest advice for vector drawing anything in Illustrator or other such programs is to keep the shape loose in the beginning. Don't draw it perfectly as you go, you will just waste energy! As you get used to the pen tool, you can roughly make points for how many you need to make the curves you need, and how many you will need. Although your shape starts out wonky, you will control them in a moment using the Direct Selection (white arrow) tool.

Lately I've been "committing" to a shape. Instead of having many separate shapes, but which look like one (in case you want to change or go back) I've been truly merging shapes so it's one as-simple-as-possible vector, which is a beautiful thing. (Also great for printing T-shirts.)
Posted by Nonavee Dale at 12:57 AM No comments: