I have a job creating designs for bids for a construction company.  We were bidding on a job to build a new bypass through a range of mountains - a major project.  For the covers on all the folders and titlepages I created a vector illustration which mimicked a woodcut effect, as people used to use in early printing.  As they were printing with only black ink, illustrators cut cross-hatched lines as shading.

When I googled techniques others had used, where they were selling a variety of plugins - I found one very useful part of their technique, and used my eye to do the rest.  So now I can post my technique - to add to the shared knowledge online.

First, I created a brush in Illustrator which looked rough like a woodcut slash.  Using this brush which narrowed off as I used it, I could brush one stroke at a time.  Theoretically I could have brushed all the cross-hatching one stroke at a time "by hand" on the computer, but it would have been very difficult to do.   SO you brush at two ends of the row, along a line you have drawn that defines the slope.  (See top centre of screenshot below.) 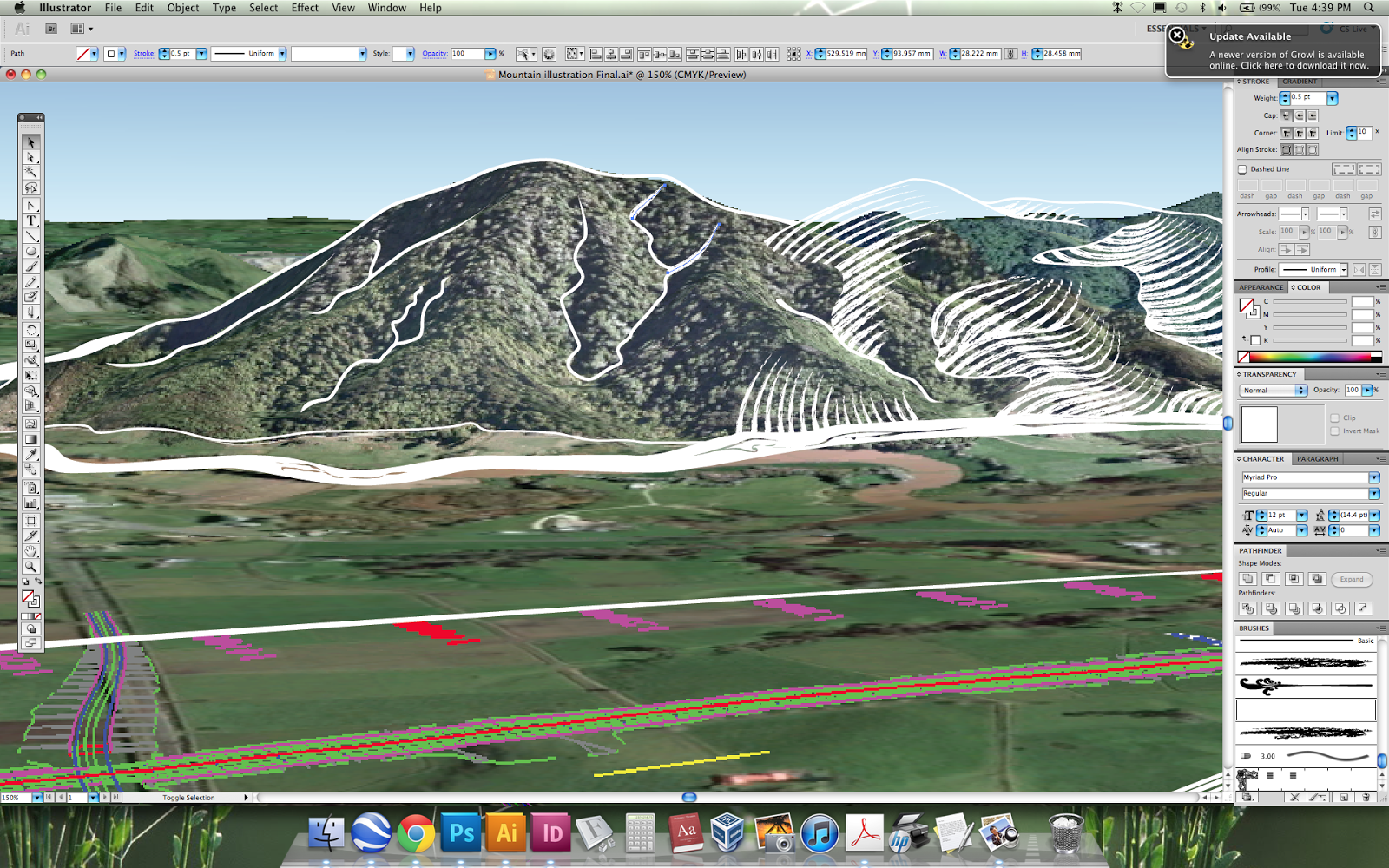 Then you choose both strokes, and choose BLEND under OBJECT.  This will create a row of strokes that are perfectly spaced.  Make sure you change BLEND OPTIONS to SPECIFIED STEPS.  (You can also do this after.)  Experiment with the options and see which is the best number of steps, perhaps 6, 5..  to shade the slope.  (See top centre  in screenshot below for blended strokes.) 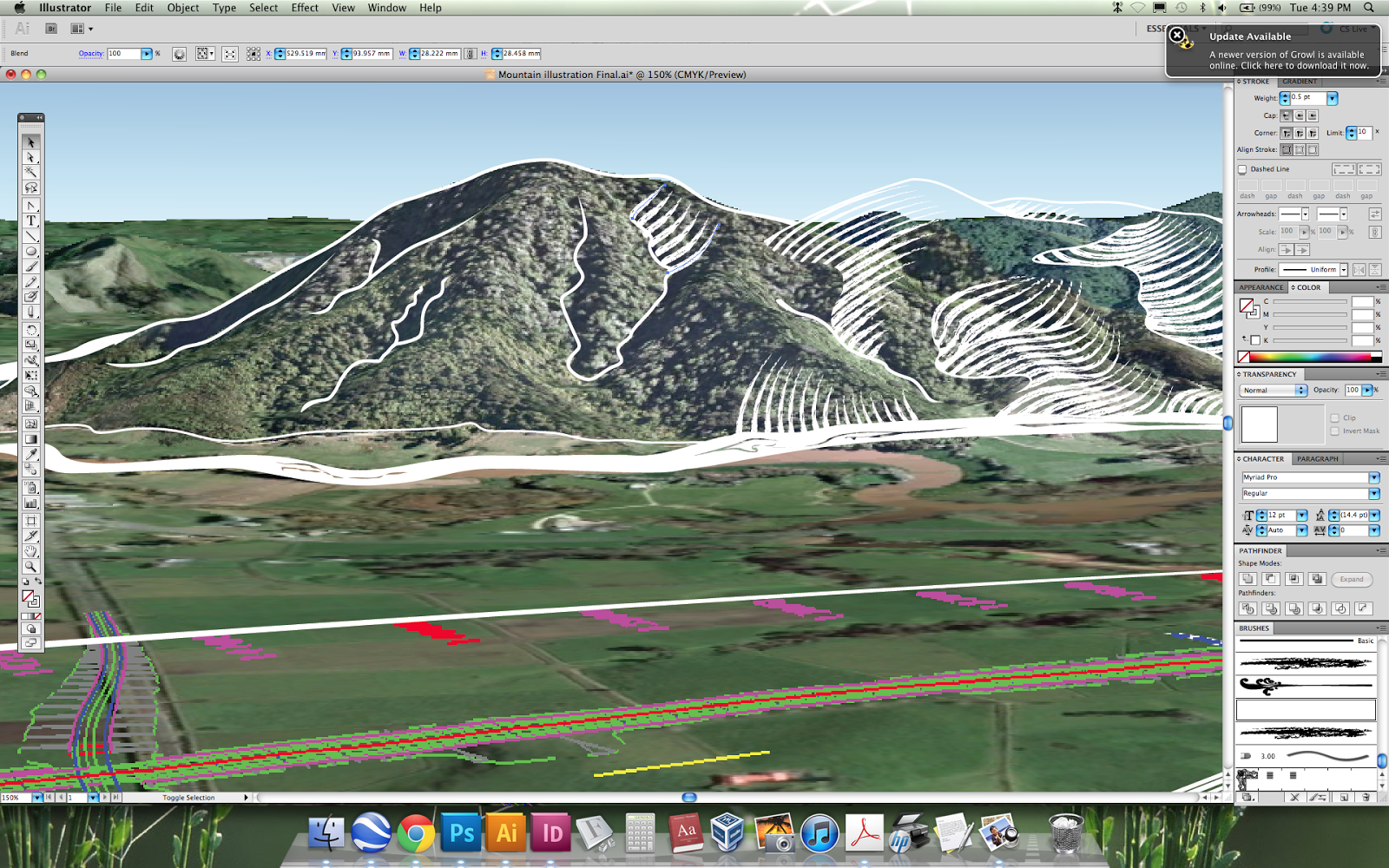 Then, as you want to be able to erase at the base (where parts of stroke overlap your line), you EXPAND APPEARANCE, then EXPAND.  Then you will have a vector shape which can be erased at will with the eraser.  (See screenshots below.) 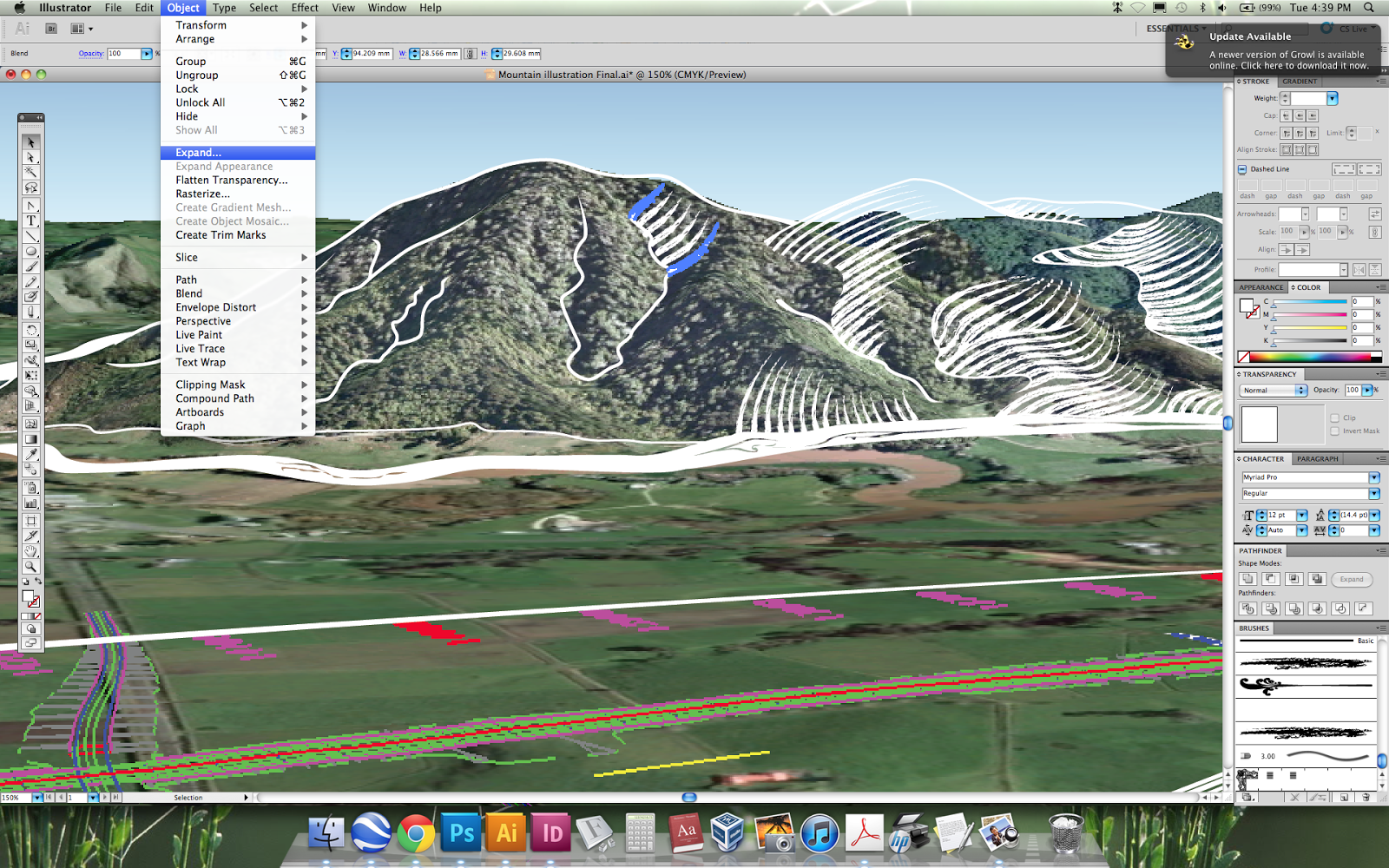 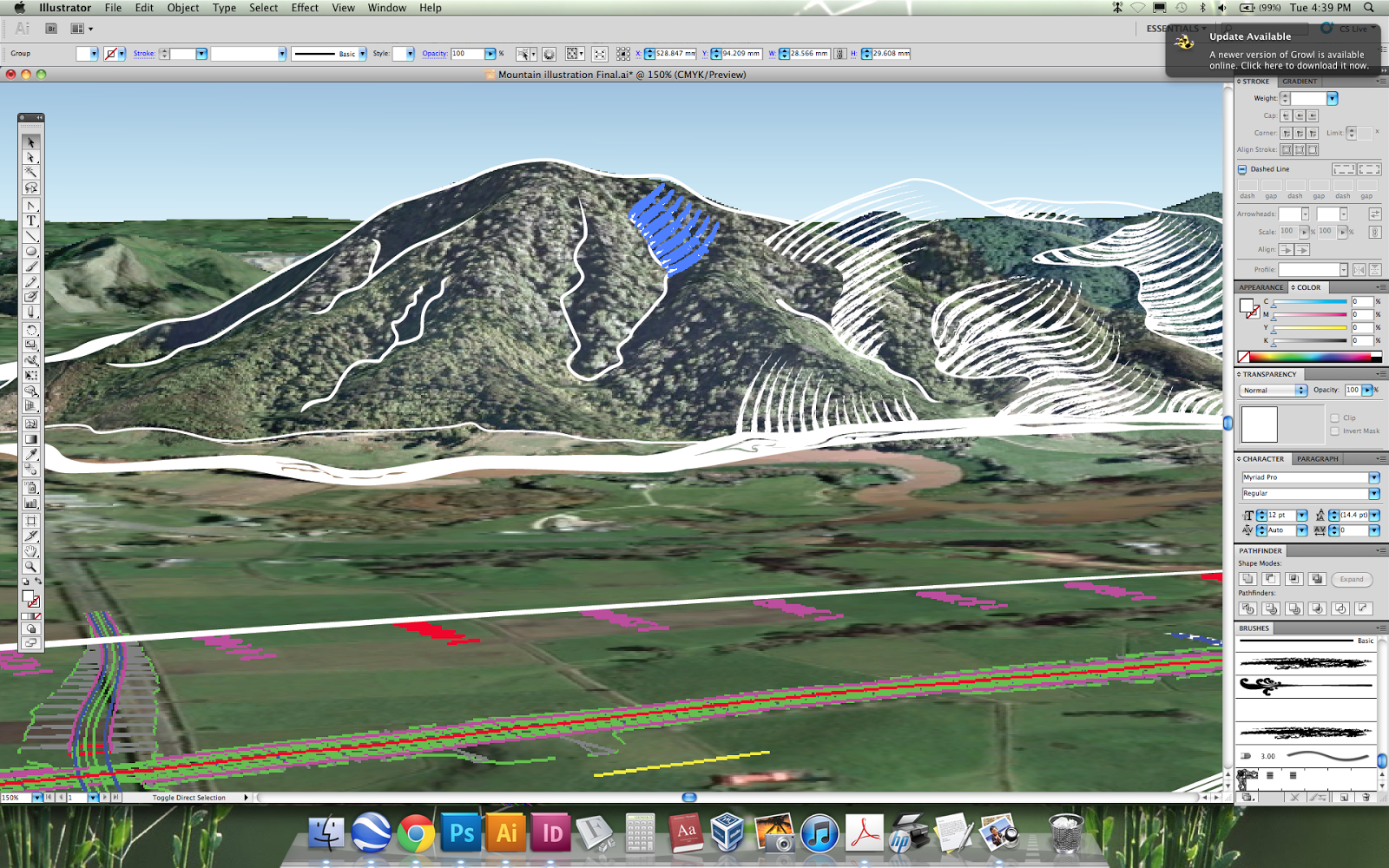 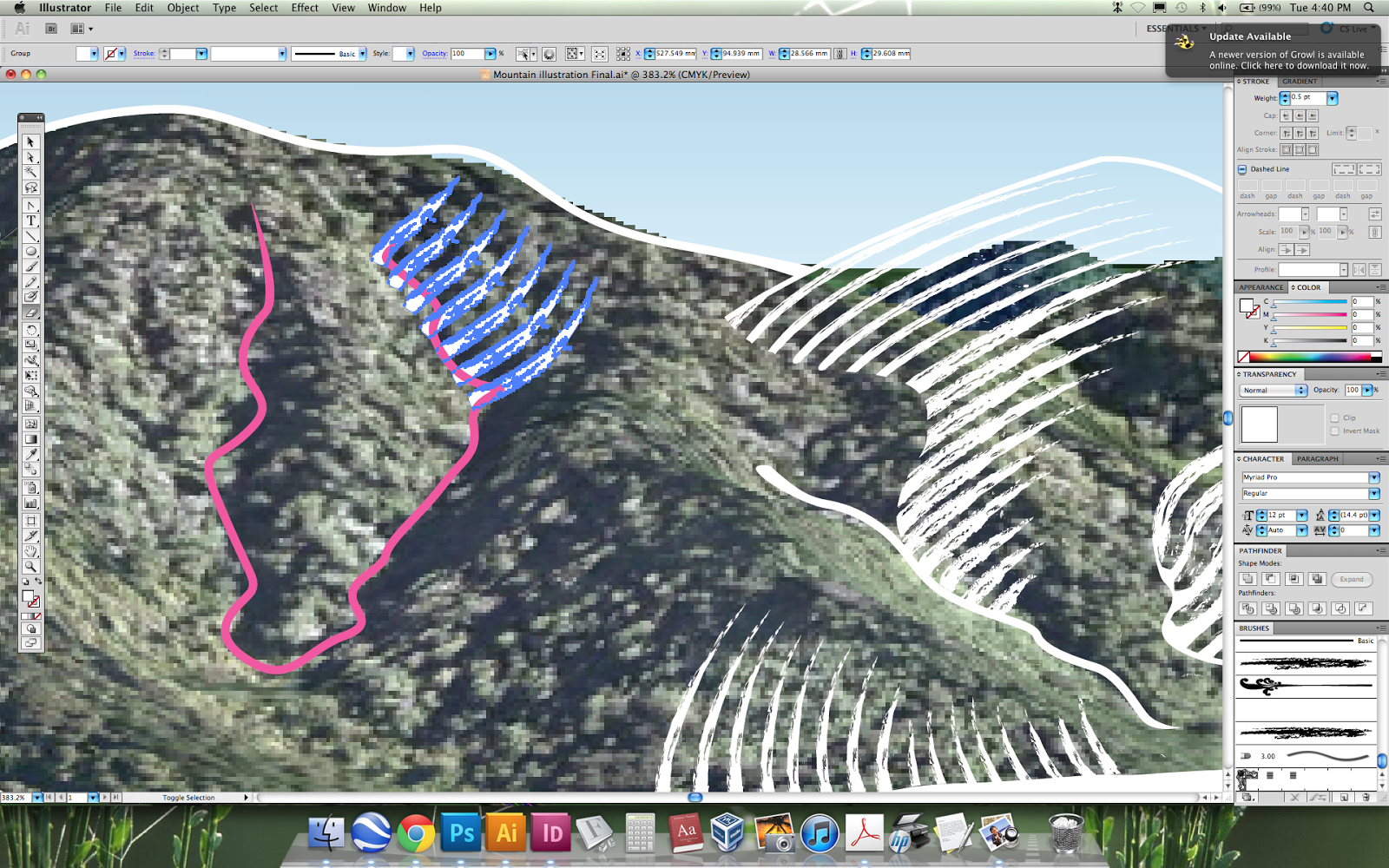 Another set of lines created shown in screenshots below.  (And the first screenshot shows the set trimmed where it extended below line.) 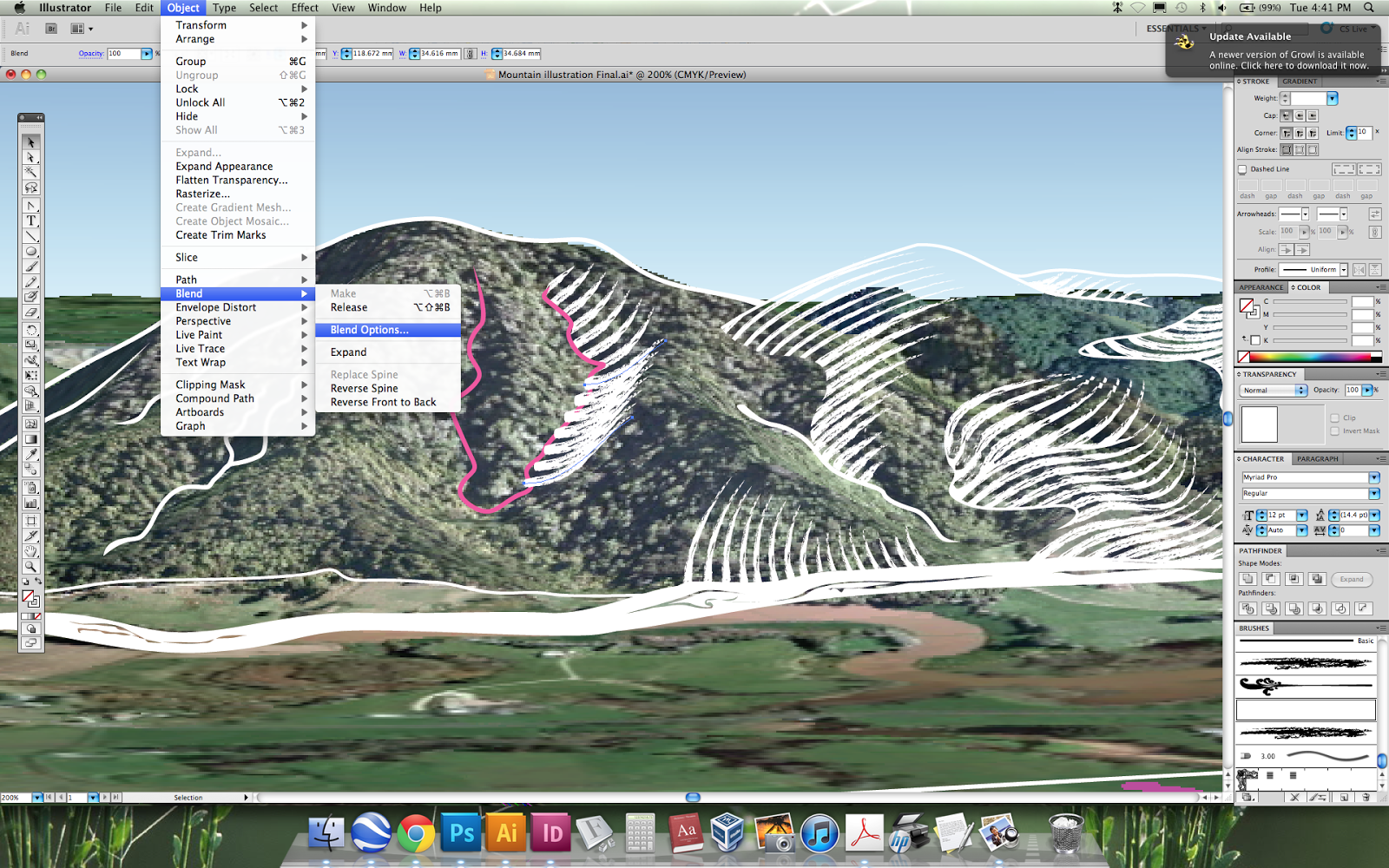 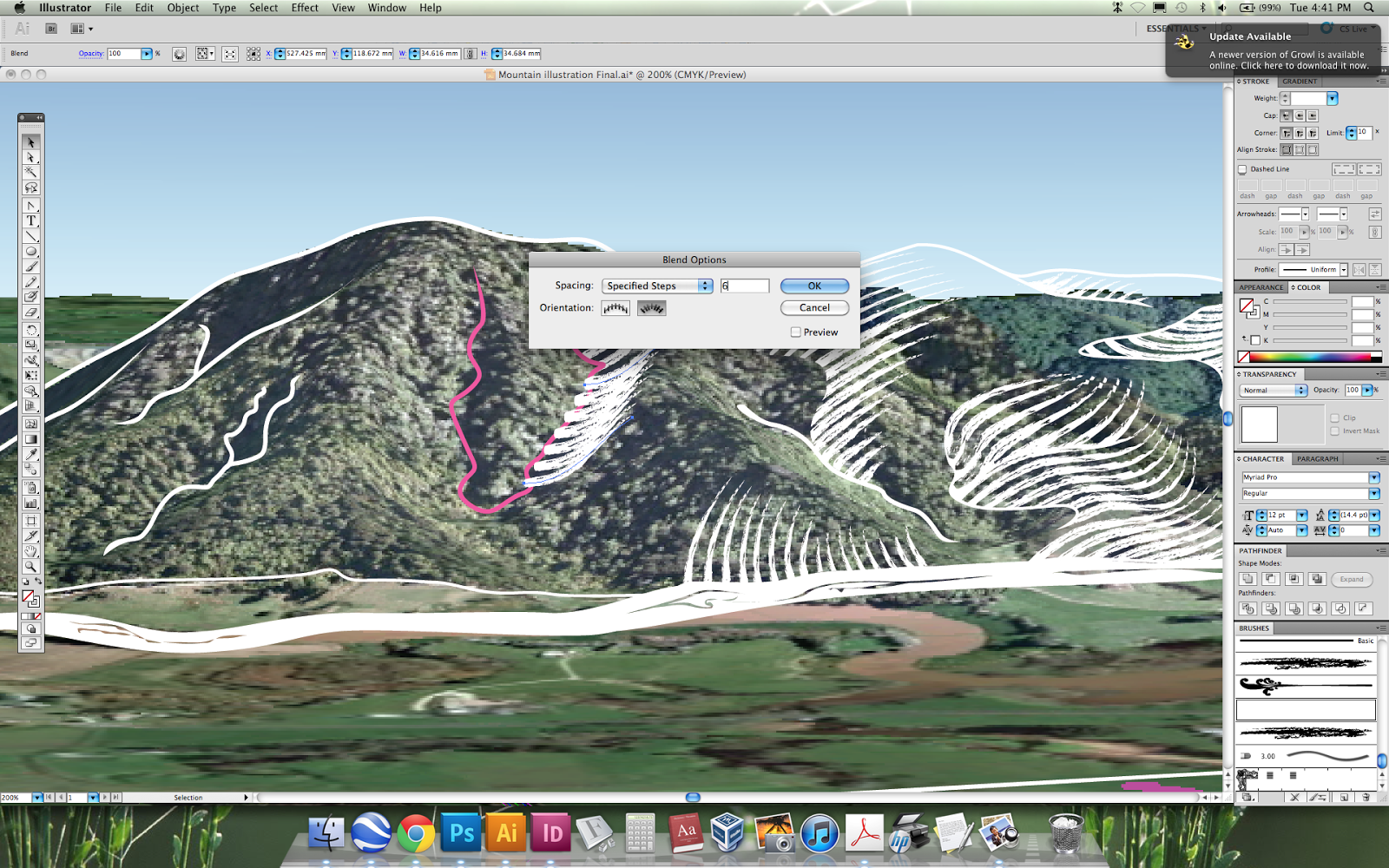 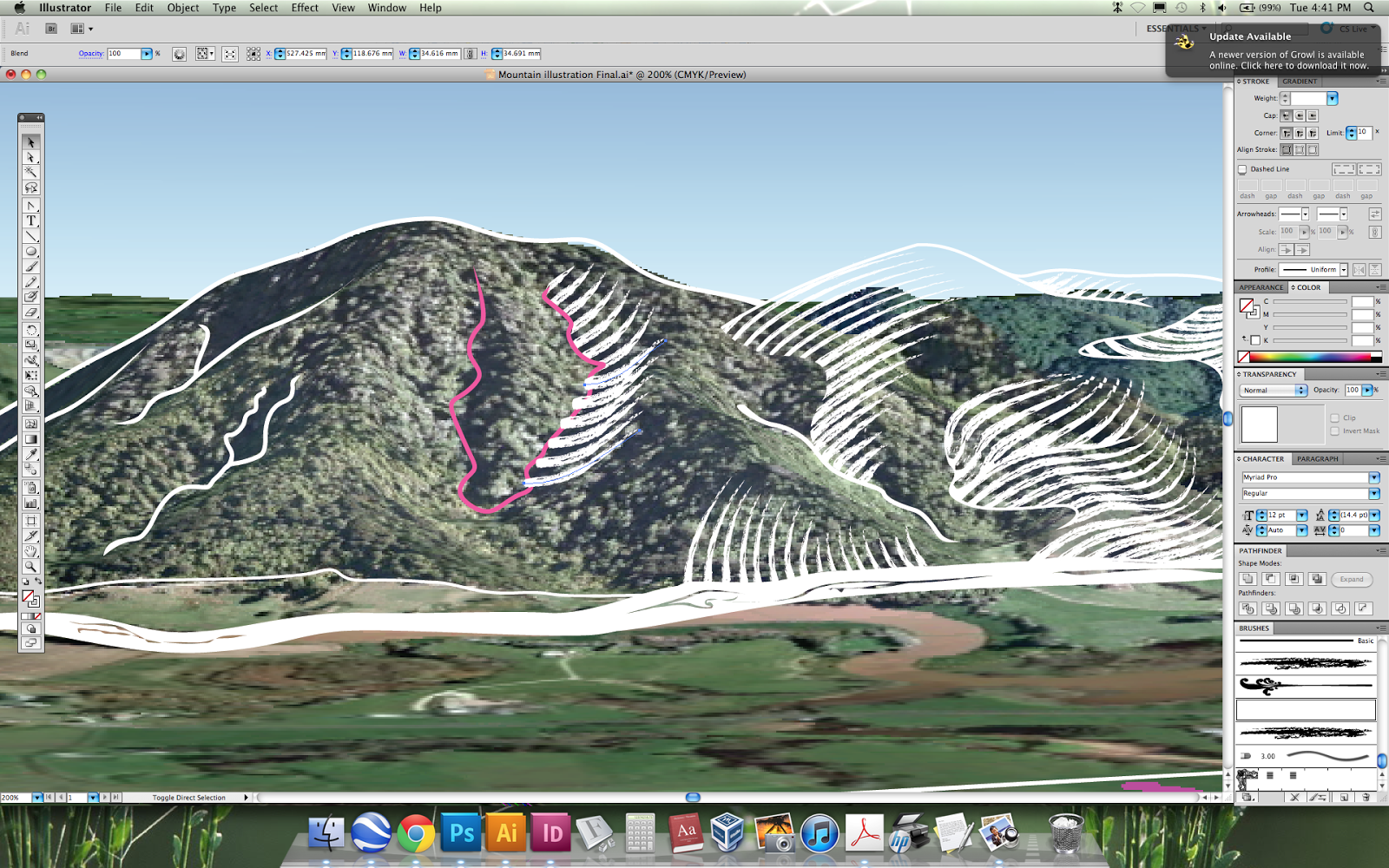 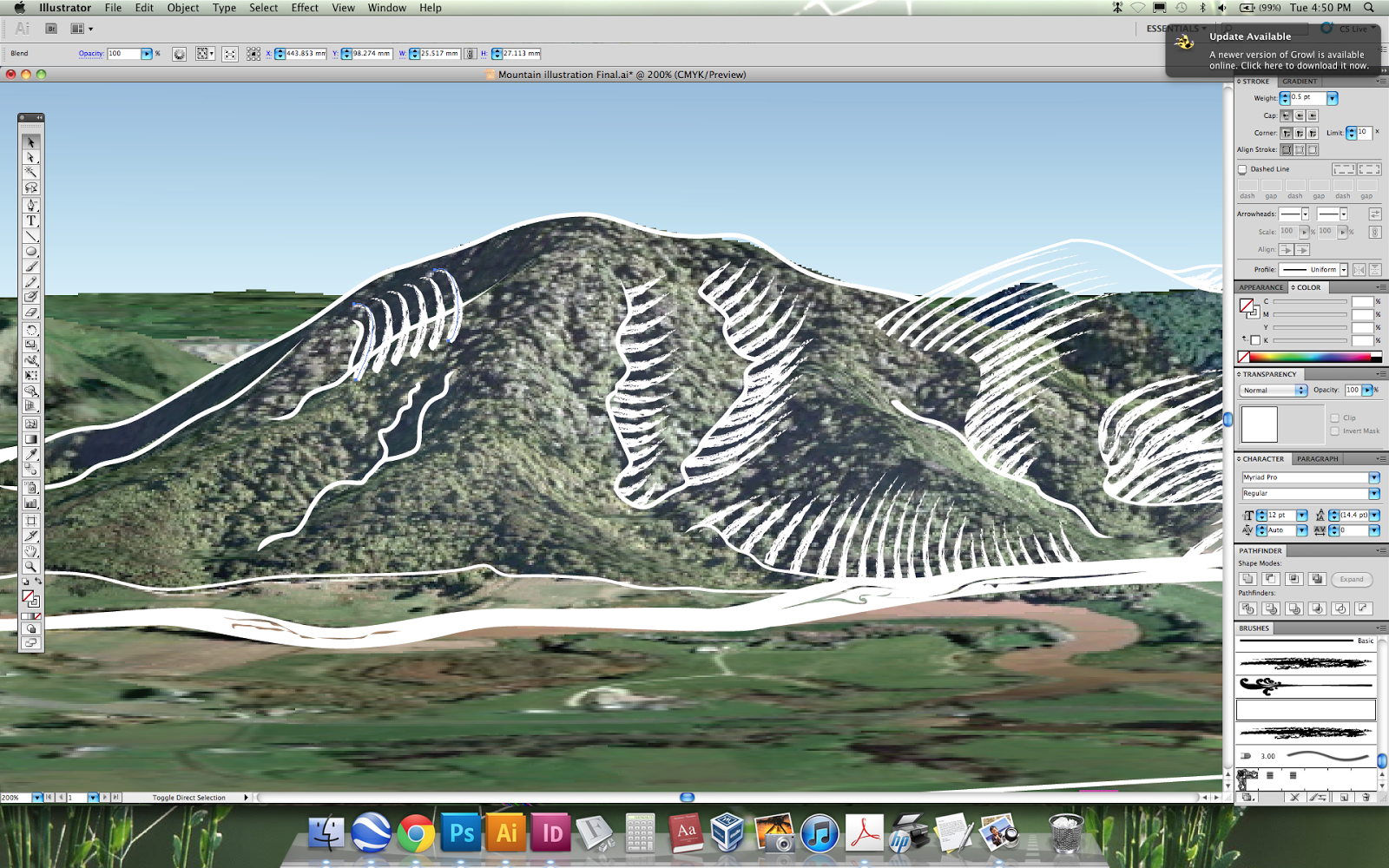 At the end I definitely removed the Google Earth reference photo of the Tanui mountain range.

My fellow designer had the idea of using a gradient behind the mountain range as well - like a sunrise. 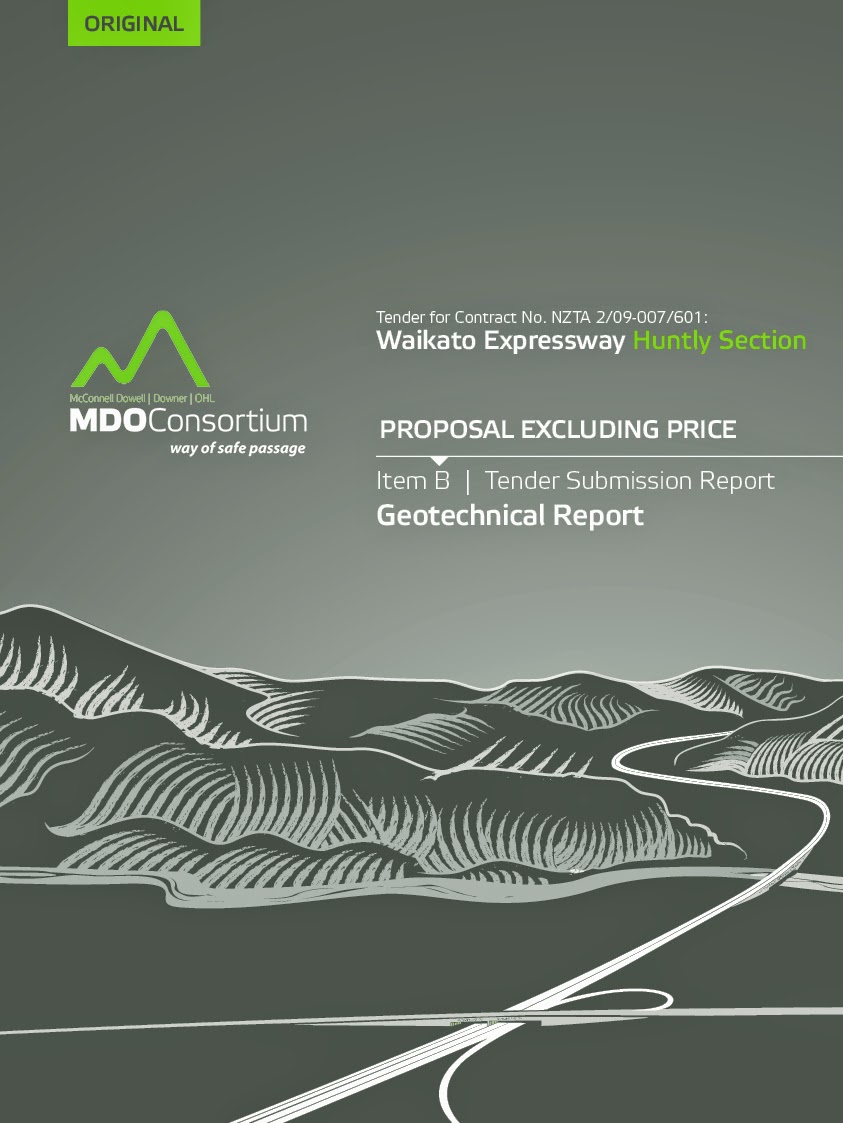 Posted by Nonavee Dale at 2:36 PM No comments: